When you book with an account, you will be able to track your payment status, track the confirmation and you can also rate the tour after you finished the tour.
Sign Up
231

Morocco Imperial cities Tour 10 days start with your arrival in Casablanca, the biggest city in the country; you will be met and transferred to your hotel. It depends on your arrival time.

Casablanca starts today and we departure to Rabat, the administrative capital of Morocco. In Rabat we will visit the splendid Mohammed V Mausoleum, the Hassan Tower and the kasba des Oudayas. Late in the afternoon drive to Chefchaouen , where we stay overnight in local riad /hotel.

Today we continue our tour from Casablanca and we will depart to Fes with a stop at the Roman ruins of Volubilis and the sacred town of Moulay Idriss I, where the founder of Islam in Morocco is buried. Independent lunch and departure to Meknes or “the Moroccan Versailles”, which was founded at the end of the 17th Century by Moulay Ismail. Highlights will include Bab Mansour, Hari Souani and the old Medina. We will then continue to Fes and we stay overnight in local riad /hotel in Fes.

The 4th day of our we will explore sightseeing of Fes, the oldest cultural and spiritual imperial city of Morocco, founded in 790 B.C by Moulay Idriss II. Highlights will include the medieval Medina, the Medersas (an Islamic teaching university), the El Qaraouiyyin Mosque and the sumptuous Nejjarine fountain. Independent lunch followed by a visit to the “Arabian House” to observe various craftsmen performing their work reminiscent of ancient practices. Overnight stay in Fes riad.

After an early breakfast, we will depart to Merzouga through the Mid-Atlas mountains region. Stop in Azrou to ​look out for Barbary apes and nomadic shepherds on the scenic, journey between the Middle and High Atlas mountain ranges. Independent lunch in Midelt known for its handicraft cooperative and an important mining centre, continuation to the Ziz River through a series of fortified villages chara and Rissani, Arrival in Merzouga and check-in at the hotel. Dinner and overnight stay in Merzouga local desert hotel/riad (traditional Moroccan house).

Today our private Morocco tour continues exploring most spectacular desert sand dunes in Morocco, located in the beautiful Merzouga desert. Listen Gnaoua spiritual music live show. Visit the nomads their tent and share some real moments with them, we will head on to see some natural fossilized animals on rocks, we will visit Rissani, the holy city of Rissani, a site where the ancestors of the Alaouite Dynasty are buried in the Mausoleum of Moulay Ali Sherif, with it’s authentic souk – market and have a Berber pizza for lunch. Then we will have time to wander the desert dunes before sunset. Dinner is served, followed by traditional music show and the night in your own private nomadic tent, in a oasis in the middle of the sand dunes of Erg Chebbi.

Today, we will have a very early wake-up call for sunrise. Here, you will enjoy the spectacular sand dunes changing the colours and reflecting the light, then a 1- 2hr camel ride on the gorgeous sand dunes of Merzouga. Return to the hotel for breakfast and then departure to Dades valley through Ziz Oases and Tinjdad, a road full of sumptuous Kasbahs and palm groves. Independent lunch followed by a visit to the Todgha Gorge with their impressive bare escarpments. We then continue to Boumalen Dades​ via a series of spectacular hairpin bends. Dinner and overnight stay in Dades Gorges.

After breakfast, we continue our private Morocco tour from Casablanca and we drive to Ouarzazate “Hollywood of Morocco” via Roses valley and Skoura Ouases. Once in Ouarzazate, we visit the Kasbah of Taourirt, originally the residence of the Pasha of Marrakech and a symbol of the feudal period of the lords of Atlas. Lunch at the World heritage site of Ait Benhaddou (this famous kasbah was used as a backdrop for more than 20 films). Continue the journey to Marrakech via the Pass of Tizi n’Tichka . Late afternoon arrival in Marrakech, and overnight in riad (traditional Moroccan house) / hotel.

This day will be devoted to the sightseeing of Marrakech, the second oldest imperial city, known as the “Pearl of the South” and home to the Saadian tombs, the Koutoubia Mosque, the Bahia Palace and the Menara Garden. We will return to the hotel for lunch. In the afternoon, we will explore the souks and the world’s famous Djemaa El Fna place, which offers various entertainments, such as storytellers, acrobats, snake-charmers, magicians, etc. 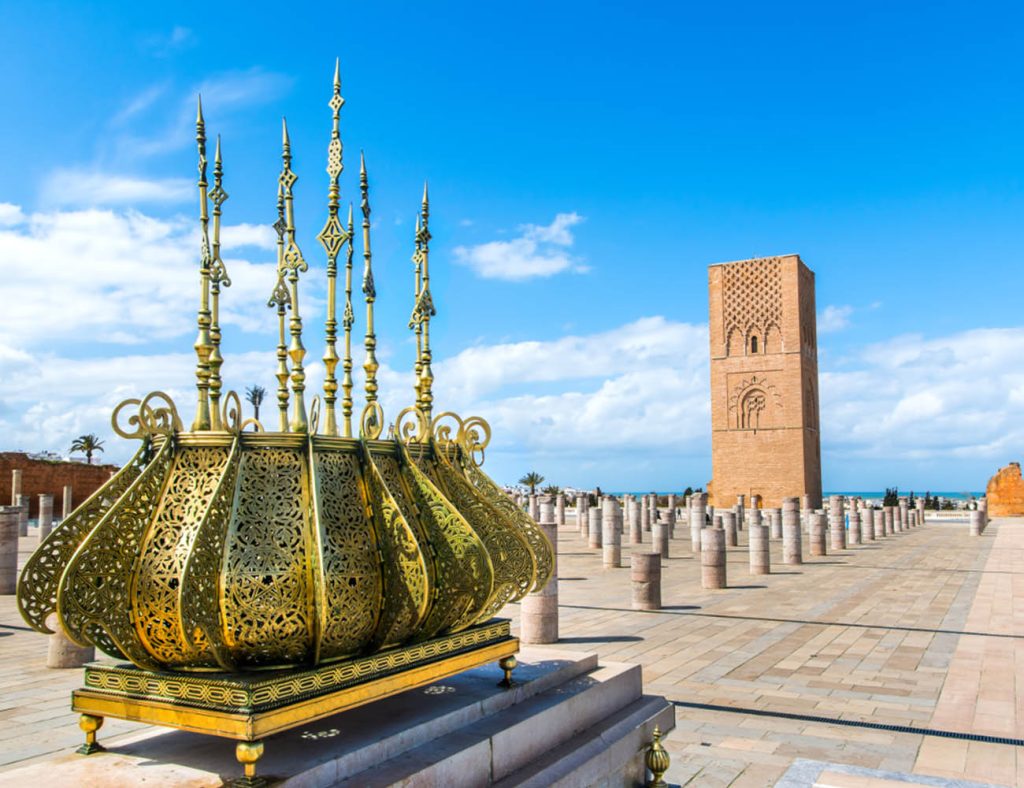 NOTE : If the itineraries that we offer By Morocco-Excursion-Tours.com does not match what you’re looking for contact us and we will prepare a trip that suits your own needs and requirements. 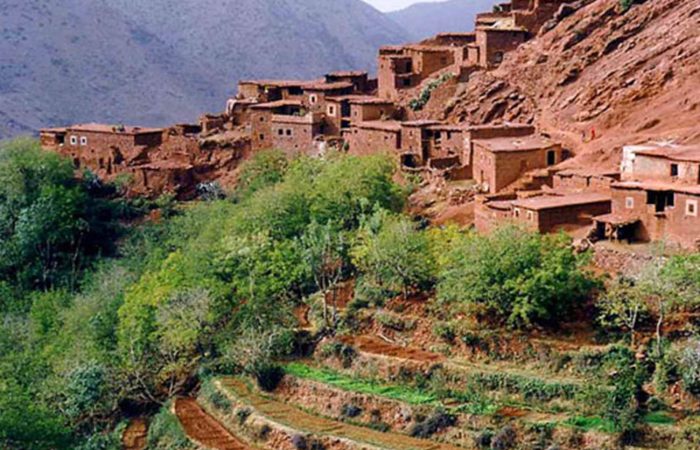 Morocco is a country of intense like no other. From the cities […] 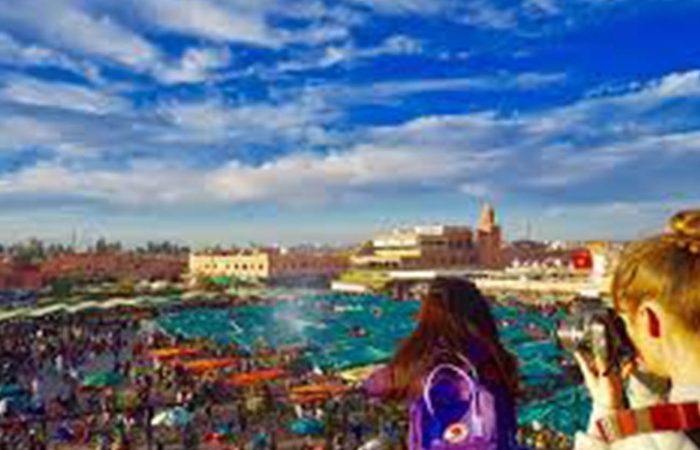 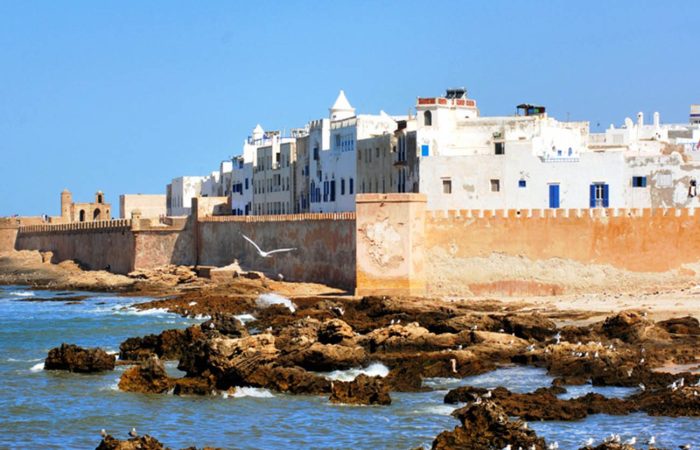